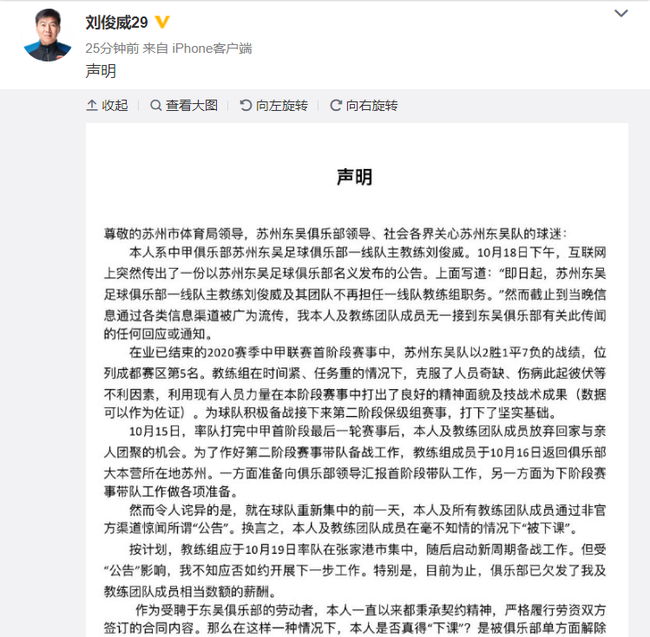 Beijing time on October 18, the official of the Suzhou Soochow team of China First Team announced that Liu Junwei and his team would no longer serve as the head coach of the first team, and then Liu Junwei issued a statement through his personal Weibo. The statement mentioned: 1 I learned through unofficial channels that I was "dismissed from get out of class" without knowing it. 2 I don't know whether we should start the next phase of work as scheduled. 3 The club has owed a considerable amount of salary to the coaching team. At present, the Suzhou Soochow Party will respond. To